The term systemic therapy defines any drug treatment that, after absorption, reaches the bloodstream and is therefore distributed across the body “system.” Any drug that is taken by mouth, given as a suppository, injected under the skin, taken under the tongue, or directly infused through a blood vessel will eventually reach all body organs and tissues (including the skin), with the exception of the brain, which by design is protected by a specific “barrier.”

In the treatment of cutaneous lymphoma, “systemic therapy” is usually contrasted to “skin directed therapy,” which includes treatments that stay in the skin, such as ultraviolet light, radiation, and topical drugs (i.e., steroids, nitrogen mustard, and retinoids that are applied directly to the skin). 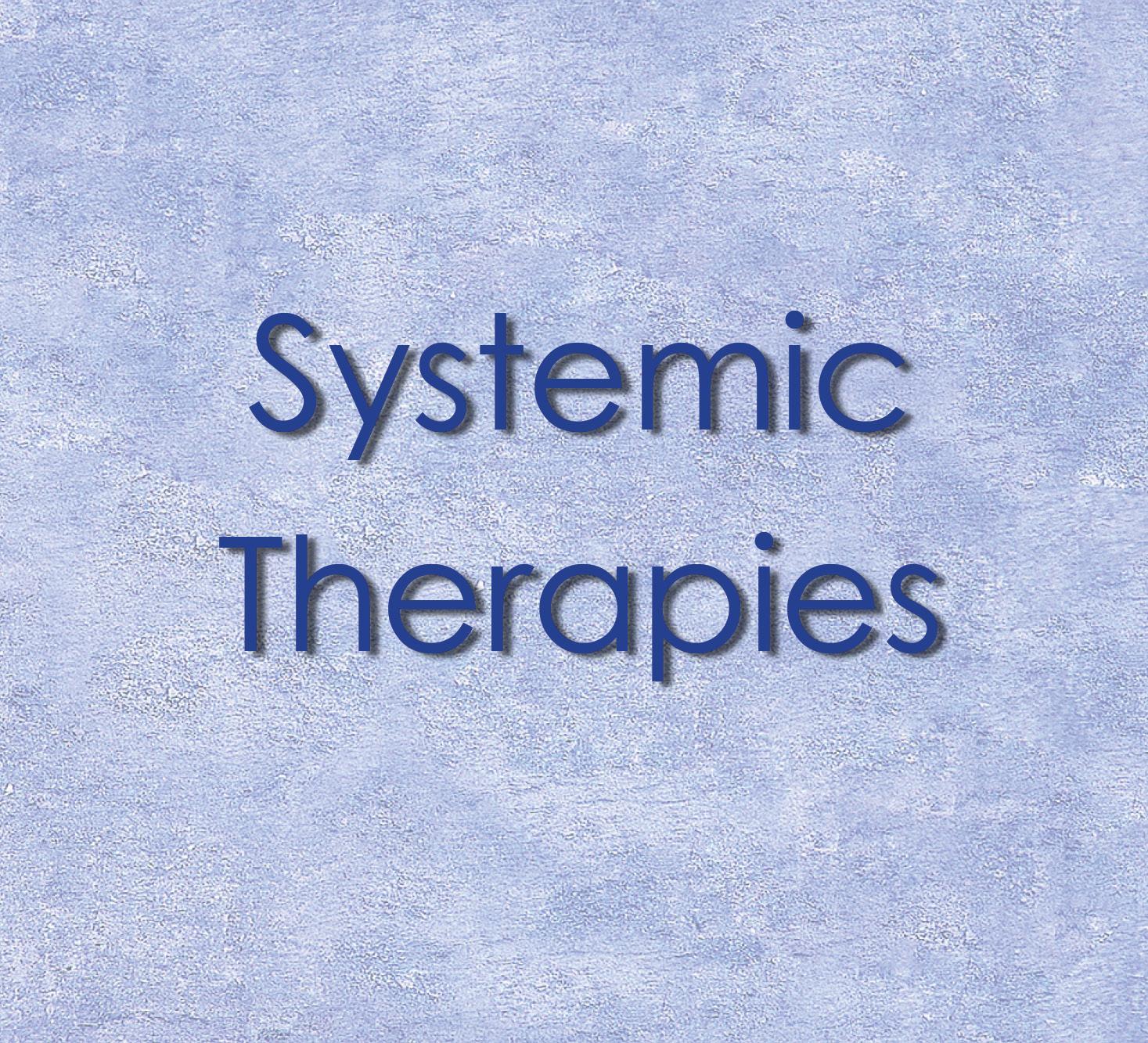 Extracorporeal photopheresis is a treatment for disease that has traveled beyond the skin and into the bloodstream. This treatment has similarities to phototherapy. It is a 1.5- to 5-hour procedure, depending on the equipment used, during which a portion of the patient’s blood is removed from the vein and placed into a portable machine that separates the white blood cells, mixes them with a photosensitizing drug (methoxsalen), and exposes them to UVA light. The cells that are returned to the body are better able to fight infection.

Patients are typically treated on 2 successive days, 3 to 4 weeks apart.

Interferon is a cytokine, a naturally occurring protein in the body that is normally present in very small amounts. Interferon can also be made in a laboratory and used as a drug. Interferon may be given as an injection into a vein or muscle, or under the skin. Interferon alfa (Intron® A [interferon alfa-2b] or Roferon®-A [interferon alfa-2a]) or gamma stimulate the body’s immune system to fight some types of cancer. Although how it works is not fully understood, it is thought that these molecules interact with receptors on the surface of cells, where they may interfere with the cancer cell’s ability to divide or reduce the ability of the cancer cells to protect themselves from the immune system, and/or they may strengthen the patient’s immune system.

The most common side effects are flu-like syndrome, fatigue, low blood cell counts, low calcium or high glucose or triglycerides, changes in liver enzyme levels, weight loss, and hair loss.37,38 Some patients, especially the elderly, might experience confusion including difficulty concentrating and remembering. Peripheral neuropathy (numbness and tingling of hands and feet and sometimes loss of taste) can also occur, which usually slowly resolves when the medication is stopped.

Bexarotene is a retinoid that is available as a capsule that is taken orally, as well as being used in a skin cream. Oral bexarotene is approved by the FDA for the treatment of patients with refractory or persistent CTCL after trying at least one other therapy.

Monoclonal antibodies are the most common biologic agents used for lymphoma therapy.

The immune system uses antibodies to recognize and destroy foreign invaders such as bacteria and viruses. Scientists can now produce “monoclonal antibodies” in the laboratory that recognize certain kinds of cancer cells. Once in the blood, monoclonal antibodies travel throughout the body and attach themselves to their specific target. Antibodies are thought to work by stopping or slowing the growth of cancer cells, or by making it easier for the person’s immune system to destroy the tumor cell. Healthy cells can also be affected by the antibody, but the body can usually replace these cells after the treatment with biologic therapy has stopped. However, patients taking a biologic treatment may be susceptible to infection.

Alemtuzumab (Campath®) is a monoclonal antibody that targets the CD52 antigen on the cell surface of cancerous lymphocytes. Alemtuzumab can be given as a low-dose regimen that can reduce malignant T cells without affecting healthy T cells.39-43

Monoclonal antibodies can also be made with a chemotherapy drug, radioactive particle, or toxin attached to it.

Antibody-drug conjugates (ADCs) are antibodies that are linked to a second drug, often a toxin. Examples of ADCs used in CTCL are brentuximab vedotin and mogamulizumab.

Brentuximab vedotin is approved for patients with primary cutaneous anaplastic large cell lymphoma (pcALCL) and CD30-expressing mycosis fungoides (MF) who have received prior systemic therapy. Primary cutaneous ALCL and MF are the most common subtypes of CTCL. Common side effects experienced by patients receiving brentuximab vedotin were fatigue, fever, diarrhea, and nausea.

Mogamulizumab-kbkc (Poteligeo), a bioengineered, humanized monoclonal antibody against CCR4 (CC chemokine receptor 4), is a newer antibody treatment approved for adult patients with refractory or relapsed mycosis fungoides or Sezary syndrome who have undergone at least one prior systemic treatment.   The most common side effects reported were rash, infusion reactions, fatigue, diarrhea, musculoskeletal pain, and upper respiratory infection.  Increased risk of transplant reactions have been seen in patients who have received an allogeneic stem cell transplant after receiving Mogamulizumab-kbkc.

Histone deacetylase (HDAC) inhibitors like vorinostat (capsule)47,48 and romidepsin (intravenous)49 are a newer group of drugs that are thought to work by blocking enzymes in cells called histone deacetylases. Stopping these enzymes changes the amount of proteins made in cells, which affects the rate at which these cells can grow and divide.

The FDA approved vorinostat, which showed a 30% response rate in patients with CTCL highly resistant to therapy; however, the duration of response is mixed and limited.47 There are also serious side effects associated with treatment, including diarrhea, nausea, and thrombocytopenia (low platelets).

Romidepsin, also approved by the FDA for treatment of CTCL,50 showed 40% responses in CTCL highly resistant to therapy with higher duration of response, sometimes exceeding 20 months. Clearing of skin lesions and blood and nodal disease was also observed in patients with advanced forms of CTCL.

Most chemotherapy drugs for cutaneous T-cell lymphoma have been in use for decades, but several have been developed more recently. While these agents are frequently used in combination for the treatment of many cancers, they are mostly used in CTCL as “single agents,” meaning they are given by themselves and not with together with other chemotherapy drugs. Chemotherapy agents used for CTCL include methotrexate (an anti-metabolite), liposomal doxorubicin,51 cyclophosphamide, and gemcitabine52 (agents that interfere with the DNA of cancer cells), pentostatin (a kind of antibiotic), chlorambucil, etoposide, temozolomide, and pralatrexate.53

Combination chemotherapies are reserved for patients whose disease does not respond to single agents or for selected patients who have solid organ involvement.

Link to References found throughout page

Clinical Trials: A Pathway to Treatment 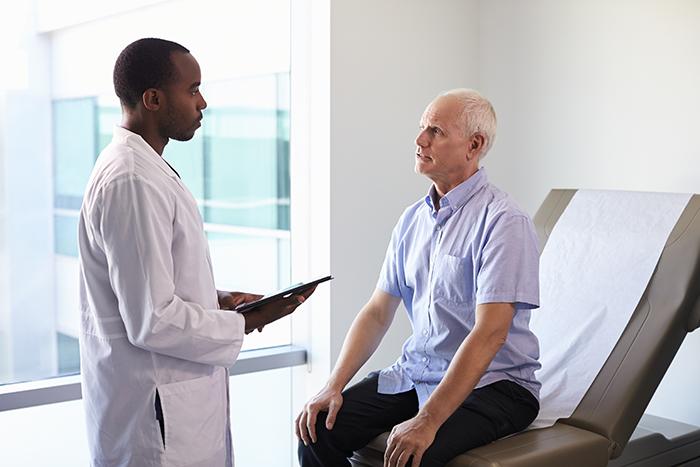 Patient Resources
Clinical trials are research studies that investigate new or experimental treatments in patients living with a specific disease. Clinical trials empower patients to play an active role in their own care, contribute to the understanding around a disease, and open them up to access new treatments before they are widely available.

A PRIMER ON EXTRA CORPOREAL PHOTOPHERESIS

Navigating My Disease
Extracorporeal photopheresis (ECP) was the first therapy approved by the Food and Drug Administration (FDA) specifically for the treatment of cutaneous T-cell lymphoma. ECP may be an effective treatment for CTCL that has not responded to other types of therapy.
WHAT CAN I DO NOW?
GET UPDATED REGULARLY
Sign up for our newsletter and stay up to date on any research developments.
SIGN UP FOR NEWSLETTER
GET MORE INFORMATION
CLF provides free publications filled with helpful information.
Request Publication
PLEASE GIVE
We thank each person who helps us make sure each person with cutaneous lymphoma gets the best care possible.
DONATE